You might not guess it just by lookin’ at the place, but Broadus sits smack dab in the middle of some serious American history. Broadus, MT’s motels allow access to Power River County and many other historical sites across the surrounding states. And east down the road apiece, you’ll come upon places that factored into the character and making of the Old West. Folks like Wyatt Earp, The Sundance Kid, the Coward Robert Ford who shot Jesse James… so many well-known folks made their way to Deadwood for a spell, or to just cause trouble while drifting through. Legend claims more than a few outlaws hid out in the Badlands just east of Deadwood and Sturgis. Learn more about the connections between Broadus, MT and western history.

BOOK A RESERVATIONCALL US: 833-BROADUS

George Armstrong Custer began his working life as a grammar school teacher but grew up with ambitions to do other things. So, he entered West Point in 1857, and four years later graduated dead last in his class. He joined the U.S. Cavalry, and throughout the Civil War, proved himself a brave and reliable soldier.

Always first to engage the enemy during a charge, he rose quickly in rank to Brigadier General of Volunteers. After the war, the volunteer army was no longer a branch of the military, and Custer returned to his regular rank of Captain, but in 1866 was promoted to Lieutenant Colonel and given command of the newly formed U.S. 7th Cavalry Regiment to engage Native American tribes living on the Great Plains.

Custer was court martialed, however, for deserting his post and going off to visit his wife, and for having deserters shot without a trial. Put on suspension without pay for a year, the reputation he gained in the Civil War was tarnished. Still, he was called back into service, and after gold was discovered in the Black Hills in 1874, was directed to move the Lakota and Cheyenne onto reservations.

This initiated what would become The Black Hills War between the Native Americans of the plains and the U.S. Army, and which would eventually lead to that one day in 1876 for which Lieutenant Colonel George Armstrong Custer will always be remembered—the day he led the charge against Crazy Horse and 10,000 warriors at the Battle of the Little Bighorn. Broadus, MT and all this western history are very close together. The Little Bighorn National Monument is only a couple hours away from Broadus Motels. 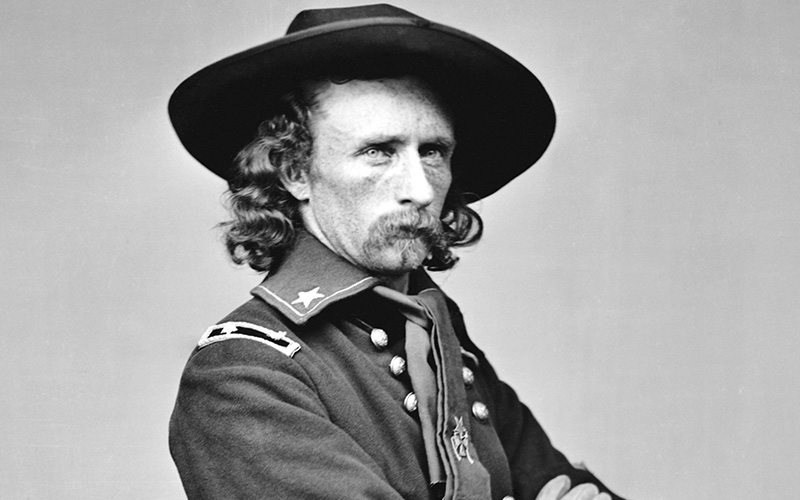 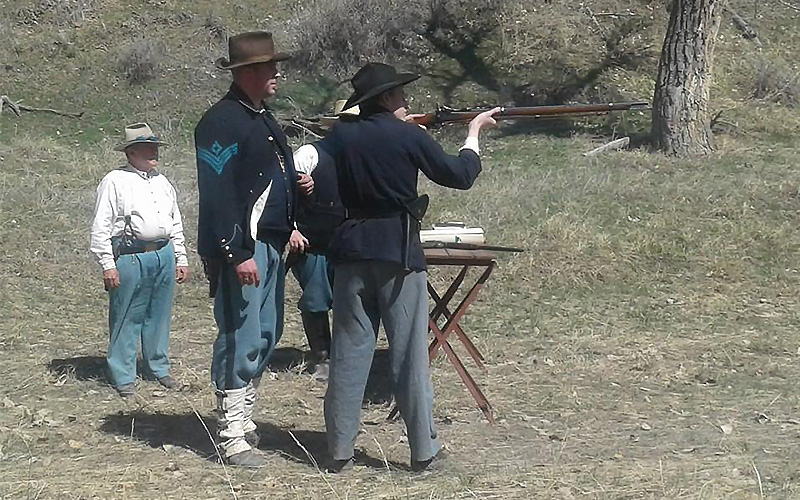 Some say Martha Jane Canary could give any fella the what-for if he even thought about suggesting the toughest gal in the West should swap her britches for a dress. She drank beer like water, could spit tobacco farther than any fella, would spout a whole dictionary of cuss words in every conversation, and could shoot a hole dead center in a penny at a hundred yards. She rightly earned the nickname Calamity Jane, but at the same time, she was always the first to care for the sick and dying, and to help anyone in need.

She spent a lot of years working this or that job, earning a living as a prostitute, then made her way to Deadwood as a scout with a scientific expedition assigned by the U.S. Geological Survey to map the Black Hills. She always claimed to have been married to Wild Bill Hickok, whom she adored, though he denied it. As it turns out, she and Hickok are buried side by side in Mount Moriah Cemetery, some say just so Jane can keep an eye on her beloved, and others say it was a joke played on Hickok. 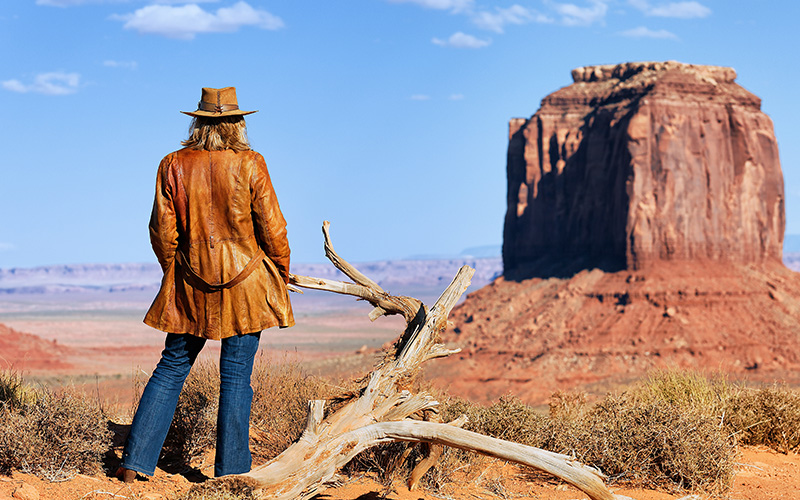 A lot of folks spent a lot of time at the gaming tables in the Old West. Poker was one of the biggest pastimes, especially in areas like Deadwood, South Dakota. Alice Ivers Duffield Tubbs Huckert learned poker from watching her husband play in the saloons of Leadville, Colorado. When he died in a mining explosion, Alice needed a way to support herself, so she began her career as a professional gambler and card dealer. And lawdy was she a good player!

Traveling from one mining camp to the other, she acquired the name Poker Alice, and eventually landed in Deadwood, South Dakota, right near the end of the 19th century. She married a fella named Tubbs, and had seven young’uns. With his earnings as a painter and hers as a gambler, the two could support the family and eventually moved out of Deadwood and down the road apiece to homestead in Sturgis.

Poker Alice would become a widow twice more. But, good with a gun and never without a cigar, she opened “Poker’s Place,” a gaming and drinking establishment that also served as a brothel. Poker Alice died from surgery complications February 27, 1930. Her bones still rest quietly at the St. Aloysius Cemetery in Sturgis. 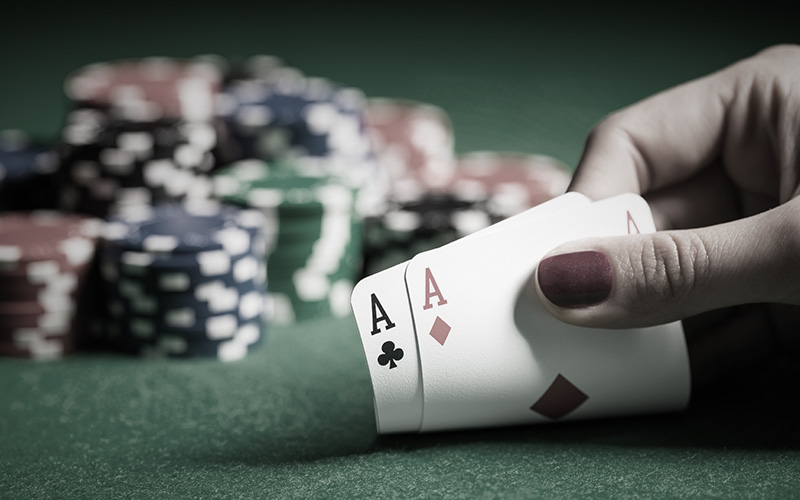 One of the more famous characters of the Old West, Wild Bill was a lawman who believed in fairness but had a penchant for drinking, gambling, and settling his personal disputes as a gunfighter—though was never convicted of dropping any man with a bullet. He spent his early years east of the Mississippi, but began migrating farther west year after year.

His escapades as a lawman and gunfighter became legend in newspapers and magazines throughout the country. He was even the subject of dime novels for his prowess with a gun. In July, 1876, Wild Bill arrived in Deadwood and became a peace officer. By that time, Deadwood had earned the reputation as one of the most unlawful towns in the West, because of the high incidents of murders and other ugly business, and because the miners courts did not mete out proper justice.

Just two months after his arrival, Wild Bill sat down at a poker table in Nuttal & Mann’s Saloon, inadvertently with his back toward the door. A fella named Jack McCall, who claimed he wanted to avenge his brother’s death, walked into the saloon and shot Hickok point blank in the back of the head. McCall was acquitted of murder, but was later captured in Laramie, Wyoming, retried because the Deadwood courts were deemed unlawful, and was hanged. 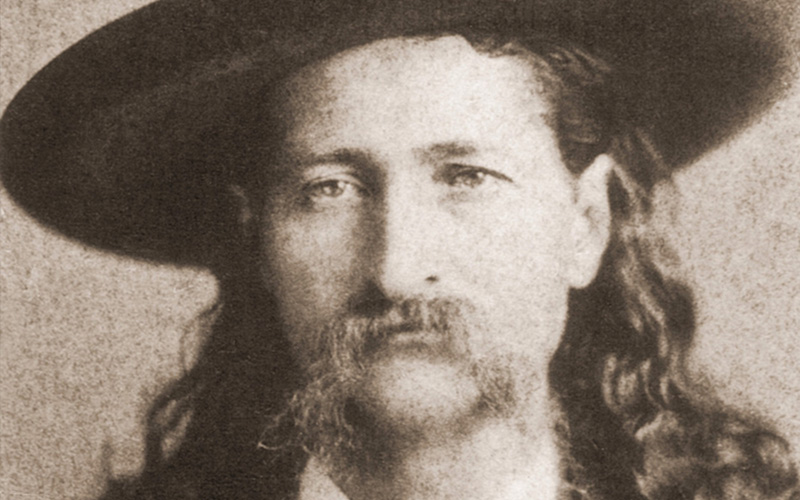 It is said Sitting Bull was born in 1831 alongside the Yellowstone River just an hour north of Broadus, and learned from an early age to be a warrior. From the mid-1850s until the Fort Laramie Treaty in 1868, disputes between Native American tribes and the U.S. government were as common as sunrises, and the tribes were not free from disputes among themselves.

Sitting Bull is credited with uniting all Lakota tribes and becoming the first-ever chief of the entire Lakota Nation. He was a fierce, stalwart opponent of the white man intrusion onto Lakota land, and spent his life advocating and fighting for the rights of the Lakota and Cheyenne people. He vehemently opposed the 1868 treaty that created the “Great Sioux Reservation.”

From then on, until the Black Hills War in 1876, Sitting Bull claimed to have found his enemy, and became one the most important and influential Native American leaders of all time. Because of his leadership and refusal to adopt anything offered by the U.S. government, other Native American tribes began to follow him, which eventually led to an encampment near Little Bighorn of more than 10,000 people—the reason Lieutenant Colonel George A. Custer and the U.S. Army 7th Cavalry had come to the area.

Sitting Bull acted only as a spiritual leader in the decimation of Custer and his men at the Battle of LIttle Bighorn, and survived to become a performer in Buffalo Bill Cody’s Wild West shows. In 1890, he was shot and killed at Standing Rock Reservation for fear he would eventually initiate another uprising against the U.S. government. Explore the western history of all these areas from Broadus, MT by staying at our amazing motel locations. 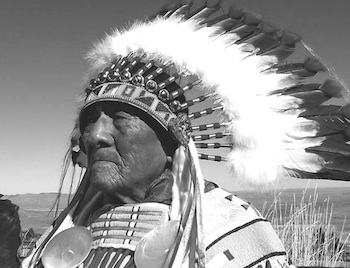 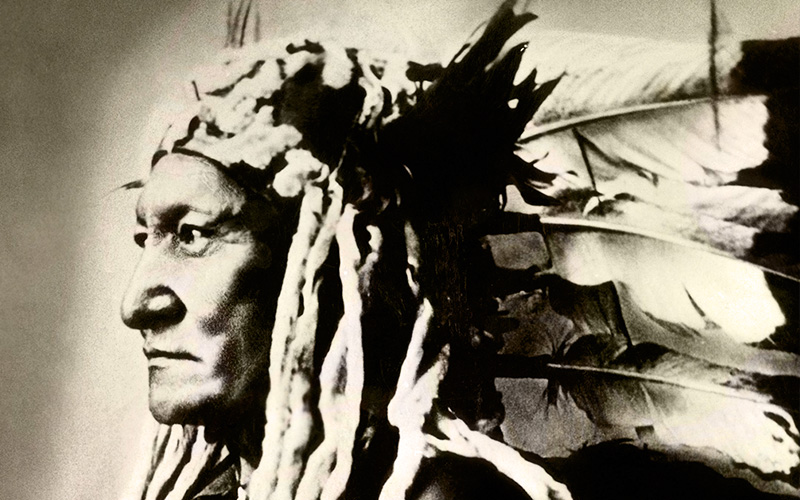 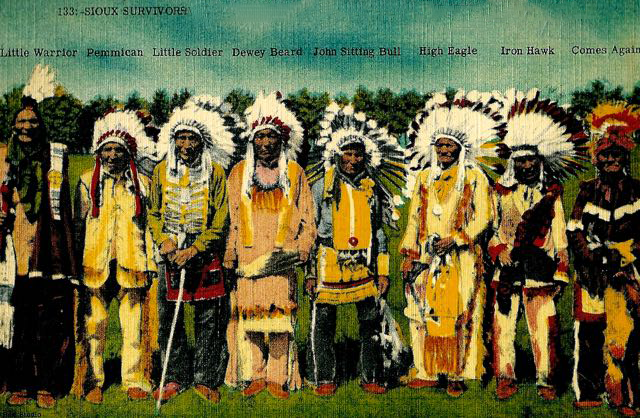